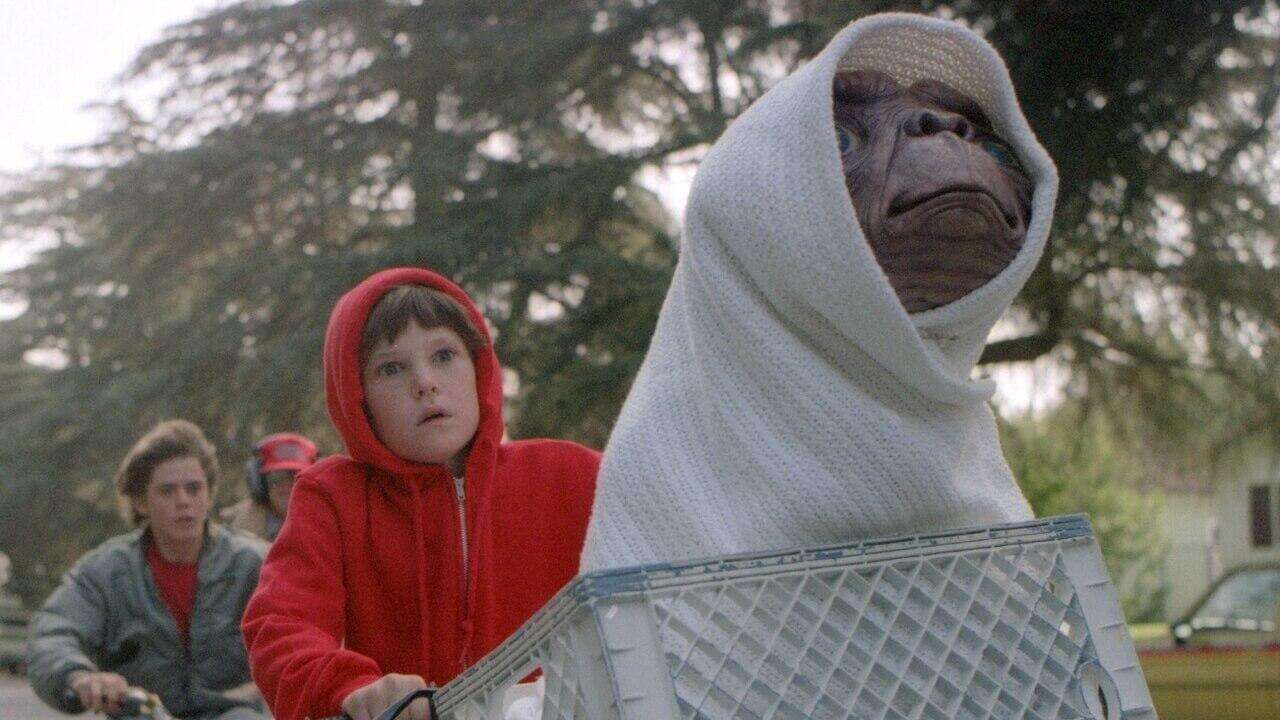 A heartwarming classic from Steven Spielberg about a group of kids that take pity on an extra terrestrial being.

In this ultimate classic and biggest box office succes in the history of film - until Titanic broke the record - a boy takes a shaky lost extra terrestrial being home with him, but has to hide it from incomprehensible adults.

Spielberg's ode to childlike innocence and a thirst for adventure will leave even the most skeptical viewer with a lump in their throat. The film is also a plea for an uninhibited view of the strange and unknown; a plea that in 2022 has not lost any of its relevance.

E.T. The Extra-Terrestrial, originally released in the summer of 1982, was the highest-grossing film of that year, receiving four Academy Awards and nine Oscar-nominations, including Best Picture. The film captured the hearts of audiences around the world and forty years later it still manages to evoke the sense of joy, wonder, curiosity, magic and sadness from your childhood.