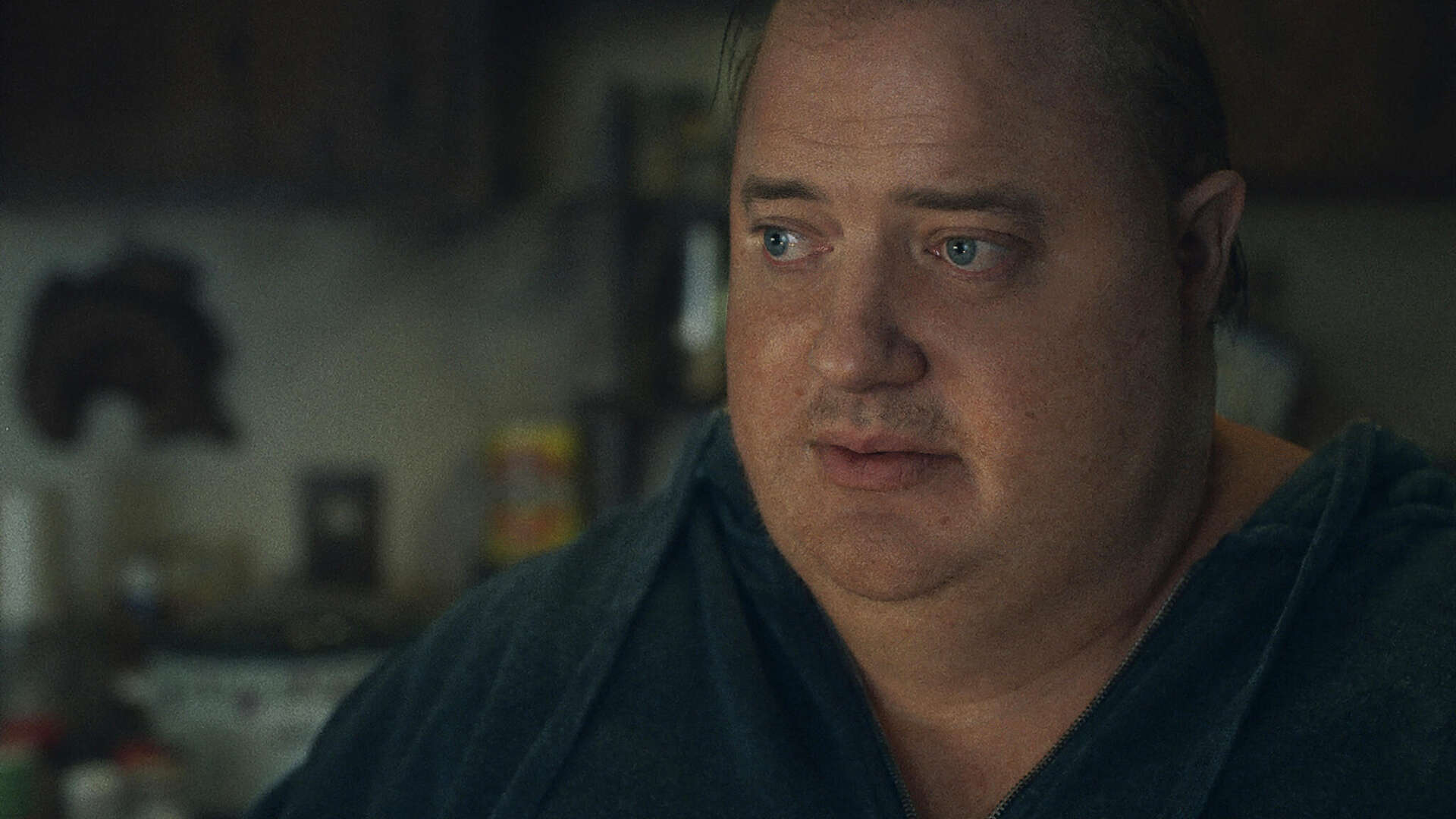 Brendan Fraser gives an exceptional performance as a man living with obesity in a remote house in Idaho.

Charlie is a writing instructor, well-liked by his students, though they have never seen him. His classes take place via Zoom, never with the camera on, and always with some throwaway excuse as to why. The truth is that Charlie is a recluse and his class III obesity poses grave risks to his health. Living in a remote house in Idaho and mourning the loss of his partner, he receives few visitors apart from his nurse friend, a door-to-door evangelist, and, one day, his petulant and estranged teenage daughter. As the source of Charlie’s pain becomes apparent, so does the clarity of him being in absolute control of his destiny.

Adapting the play by Samuel D. Hunter, with its small cast and spare production, Darren Aronofsky has crafted an essential Covid-era film, though the project had been in gestation for much longer. Despite its economy, The Whale is emotionally charged and brutal at times, with a soulful, career-best performance by Brendan Fraser, marking his first on-screen appearance at IFFR.

Characteristic of Aronofsky’s films, The Whale has provoked audiences and critics alike, but is arguably his most compassionate and lean film yet.

Something You Said Last Night