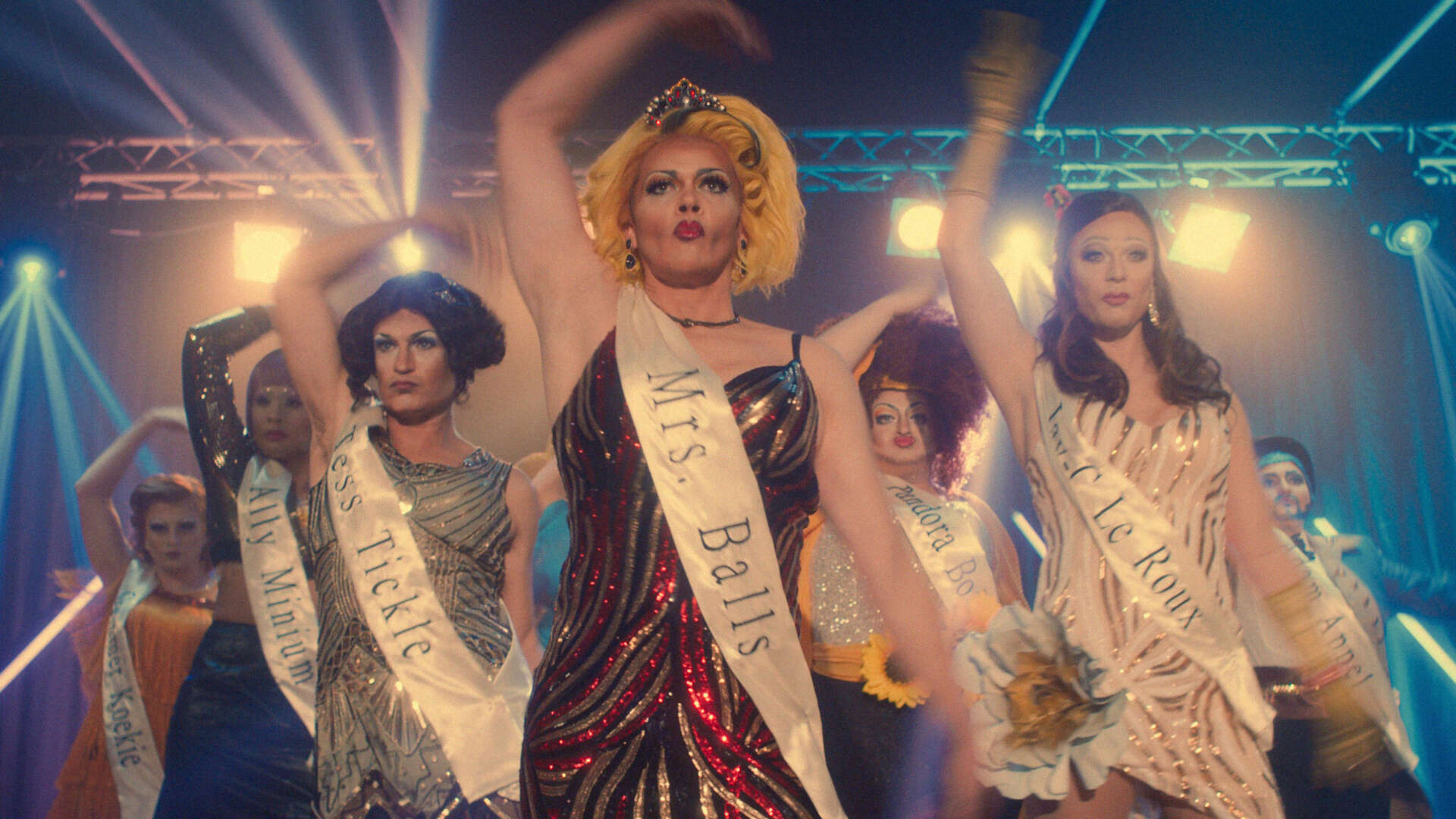 Soap opera actor James has quit his day job to pursue serious roles, but lands a gig performing in drag at the local cabaret club instead. As he struggles to keep his nocturnal performances a secret from his inquisitive wife while dealing with his fellow drag queens’ audacious personalities and rivalries, James’ professional ambitions lead him to increasingly drastic and shocking acts.

Stiekyt combines the quarrels of a disintegrating marriage with the extravagant trials of performing in a drag cabaret, such as dodging a diva’s tantrums, removing chewing gum from your wig, and perfecting a tuck. The film demonstrates how drag can be a liberating, personal art form while showcasing the grislier side of becoming the ‘Top Bitch.’

Set almost exclusively backstage at the club, South African writer-filmmaker Etienne Fourie’s feature cleverly plays with different temporalities, cutting between James’ optimistic past and the perilous circumstances of his present. Boasting fabulously kitschy production design and flamboyant sequinned costumes – and filled with scenes of sabotage to rival Showgirls (1995) or Drag Race’s Werk Room – Stiekyt is a film that dares to unashamedly be itself, in all its over-the-top, glittering glory.

Something You Said Last Night