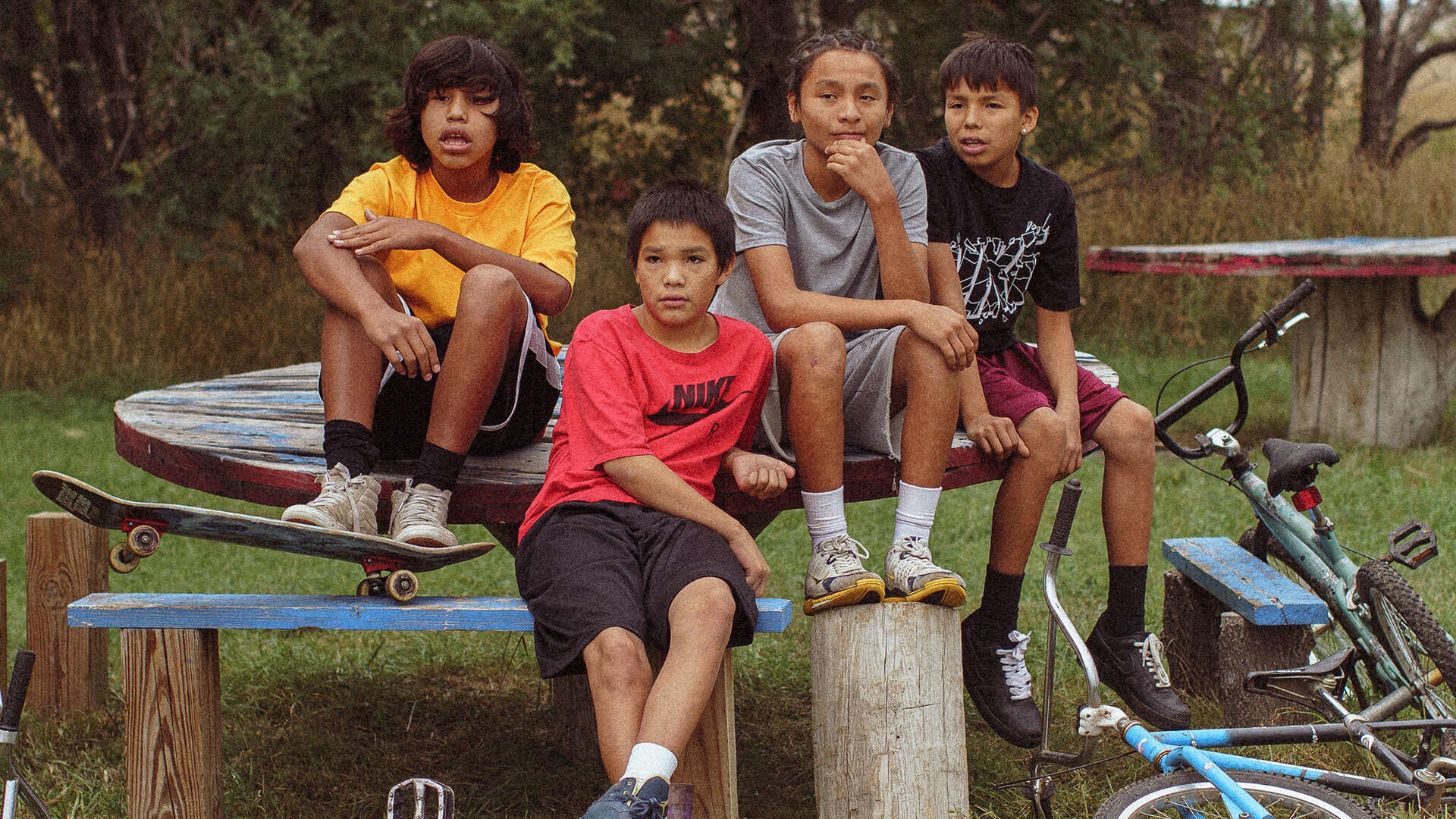 Although sharing the same small world, its protagonists do not, at first, know each other. Matho is a young teenager and Bill is approaching adulthood. While different in nature, their daily problems revolve around the same local ills: poverty, unemployment, dysfunctional families, and exploitation by the dominant white culture. The film restlessly intercuts their twin trajectories.

War Pony shows the protagonists and their peers as fundamentally disconnected from the language, culture and spirituality of their Lakota heritage – although they do experience fleeting, mystical visions that might serve to lead them onto another path. At first, the spectacle of disaffected teenagers hanging out, taking drugs or robbing cars and homes recalls the work of Larry Clark, especially his Marfa Girl films, but without his usual emphasis on sexuality.