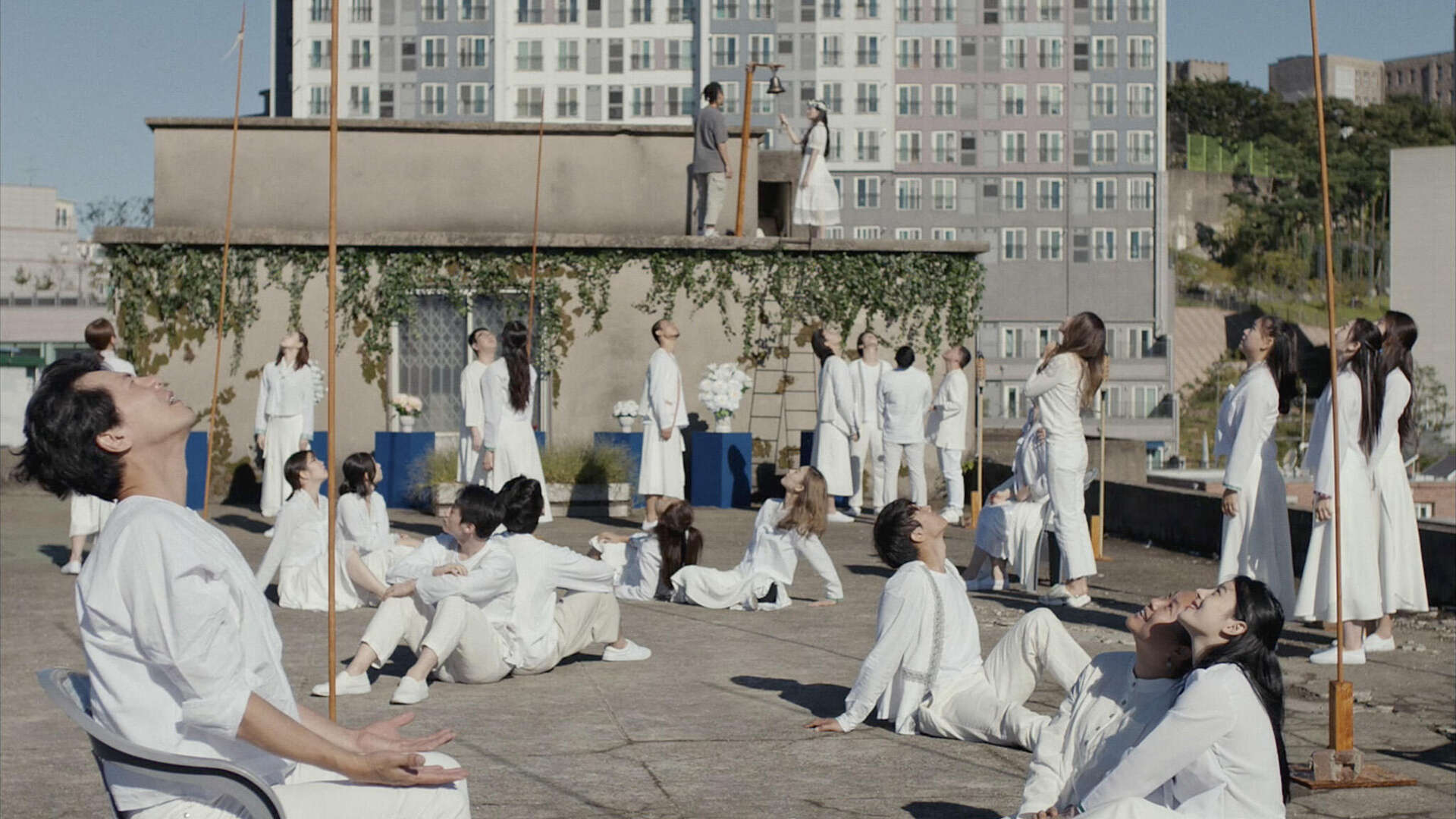 A whimsical debut feature that explores what it means te be human and/or alien.

In 1993, planet-like spheres descended from space, hovering above every major city on earth. 29 years later, the UFOs remain, having become a part of the landscape of modern life.

In the hustle and bustle of Seoul, people go to coffee shops, they work dull and repetitive office jobs, riding public transportation and visiting psychics. A man walks the streets wearing a sandwich board that reads "UFO's are not real". But paranoia is growing: some of these people may, in fact, be aliens.

Following a cast of characters through a series of witty and idiosyncratic chapters, from song and dance numbers to interweaving vignettes laced with a sardonic humour reminiscent of Jim Jarmusch, director Jude Chun explores the universal need for belonging, purpose and love through the framework of being non-human. Or, is it being human in a world that feels increasingly alien?

Where mindless tapping in an Excel sheet becomes a momentary musical interlude, and aspect ratios shift across genres of mockumentary, sci-fi, comedy, and romance, Unidentified is an utterly unique and dazzlingly imaginative foray into millennial life, identity and the desire to feel at home as ourselves, on this earth.