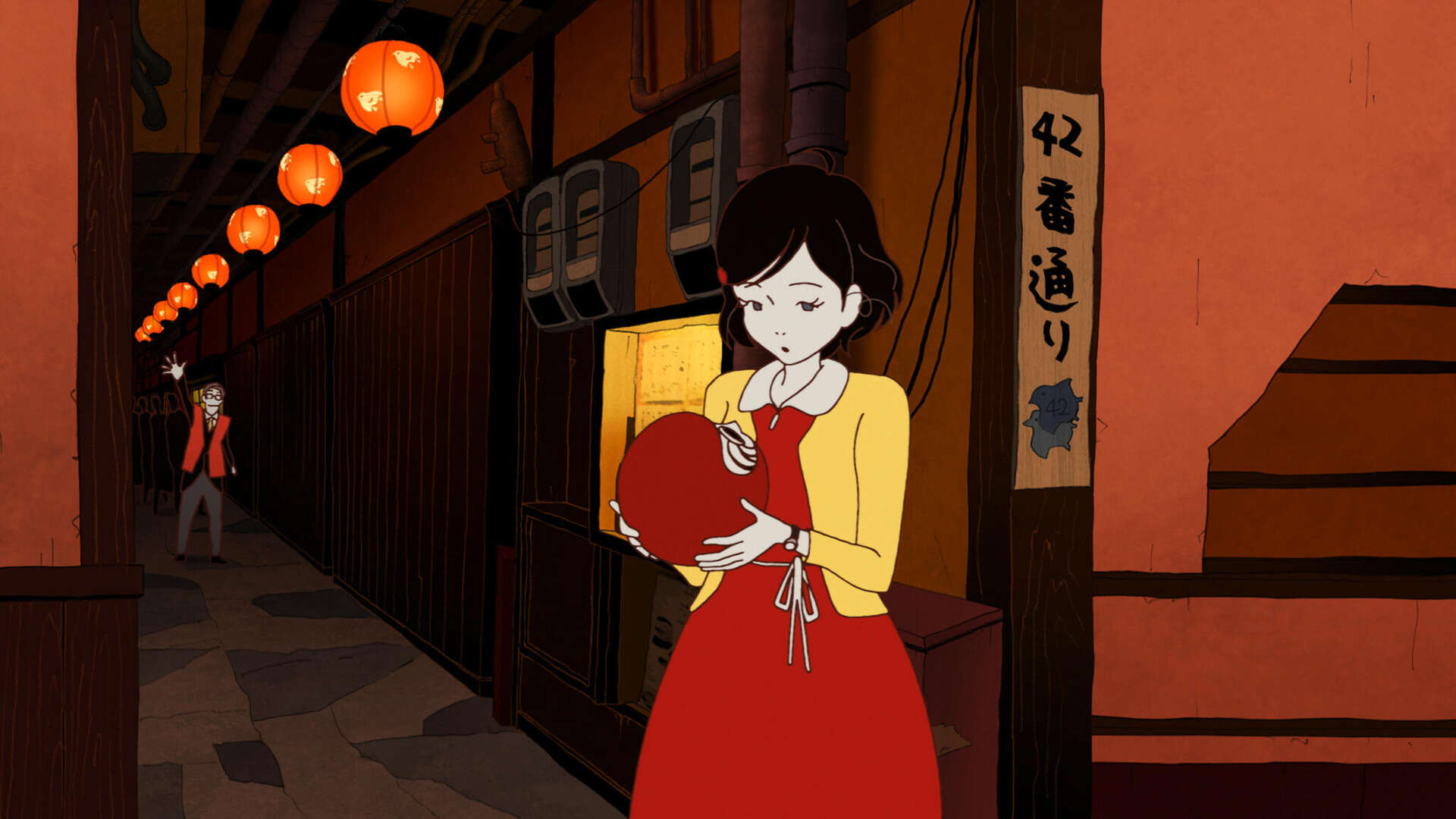 Night Is Short, Walk On Girl

It is a night of endless festivity, charged with possibilities. An unnamed female student at Kyoto University takes baby steps out of her comfort zone, hopping between bars, meeting shady street personalities and gate-crashing parties with strangers. The evening is also an opportunity for the nerdy senior secretly courting her to confess his feelings. But between them stands a host of outlandish characters: an erotica-collecting wine connoisseur, a senile moneylending overlord, a persistent book imp, a cross-dressing heartthrob and a modern knight who wouldn’t change his underwear.

In Night Is Short, Walk on Girl, Yuasa Masaaki concocts a nutty dark comedy that unfolds like a two-character video game, with its young leads put through a series of extraordinary challenges they must complete to attain their goals. The film’s hyperbolic style, featuring elastic animated figures, simplified silhouettes, flat colour fields, split screens, on-screen texts, fourth-wall-breaking voiceovers and a foreboding soundtrack dovetail perfectly with the promising nocturnal setting of the story.

Partly an allegory of the journey into adulthood and partly an alcohol-induced trip into the night, Yuasa’s singular film radically alters the campus rom-com format, spiralling outward in increasing insanity, with formal distortions that are as hallucinatory as the plot developments. College romance has never been as surreal.