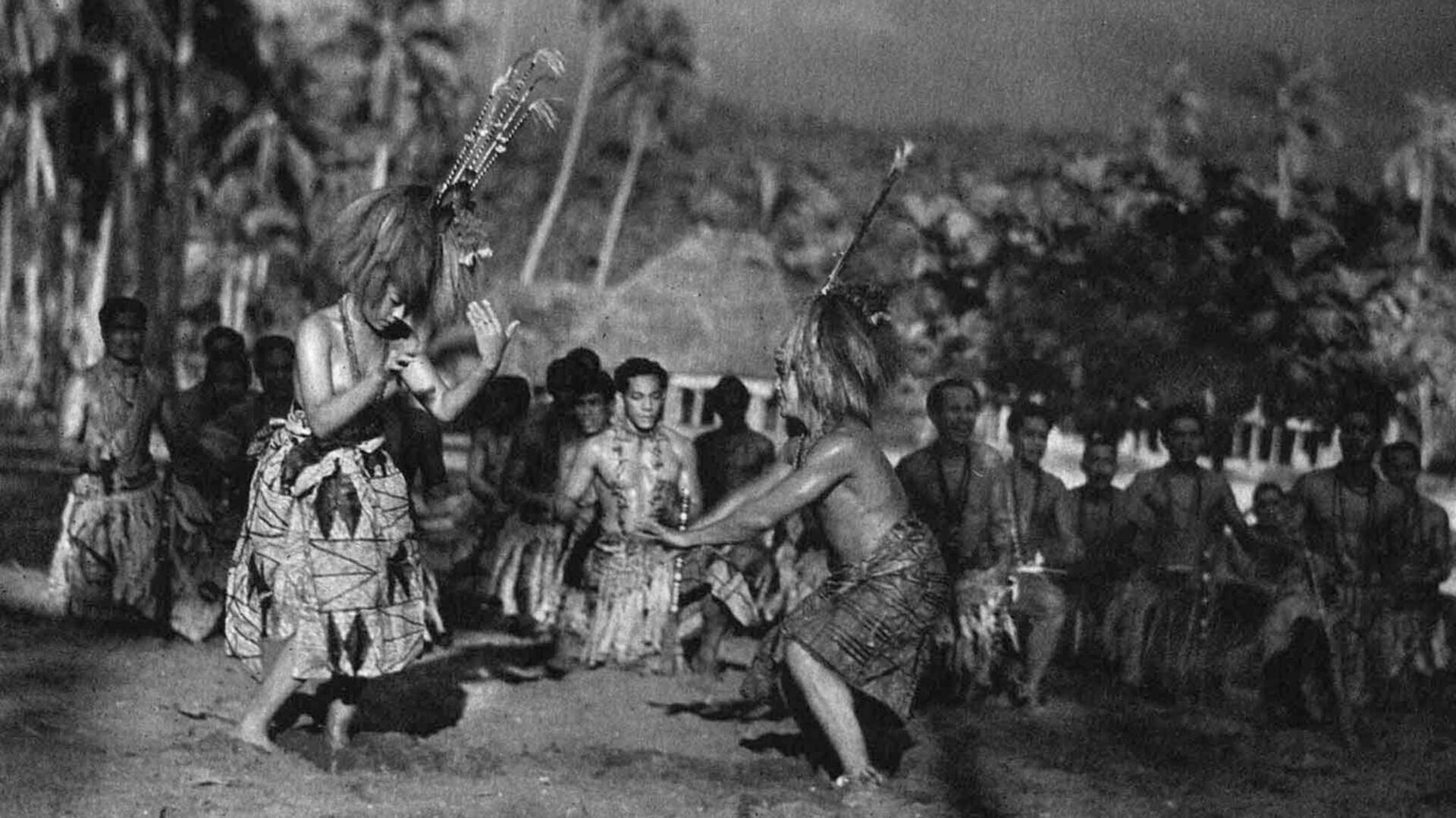 Monica Flaherty created a sound version of her father Robert’s silent masterpiece Moana: A Romance of the Golden Age (1926). A true triumph, as her audioscape deepens the film’s experience. The work’s creation is the subject of Monica in the South Seas, also screening at IFFR.

In 1922, Robert Flaherty’s romantic vision of man’s struggle with nature at its fiercest and most hostile, Nanook of the North, became a critical success as well as a box-office sensation. One of Hollywood’s biggest studios, Paramount, offered Flaherty carte blanche for his next project – he could do whatever he wanted as long as it would replicate his debut feature’s success. He went to Samoa, and when he returned with Moana: A Romance of the Golden Age (1926), the Paramount front office was not pleased. To cut a long story short, they dumped the film into the theatres, cut their losses, and that was that.

A half-century later, Flaherty’s daughter Monica set out to revive the only dimly remembered and historically neglected Moana, by way of a sound version. Together with direct cinema path-breaker Richard Leacock and sound recordist Sarah Hudson, she returned to the original shooting sites and collected all kinds of sounds she deemed authentic for Moana with Sound. The result is a triumph of sound art, as her audioscape not only truly deepens the film’s experience but also works fabulously on its own as a piece of musique concrète.

Monica in the South Seas

The Lady from Constantinople