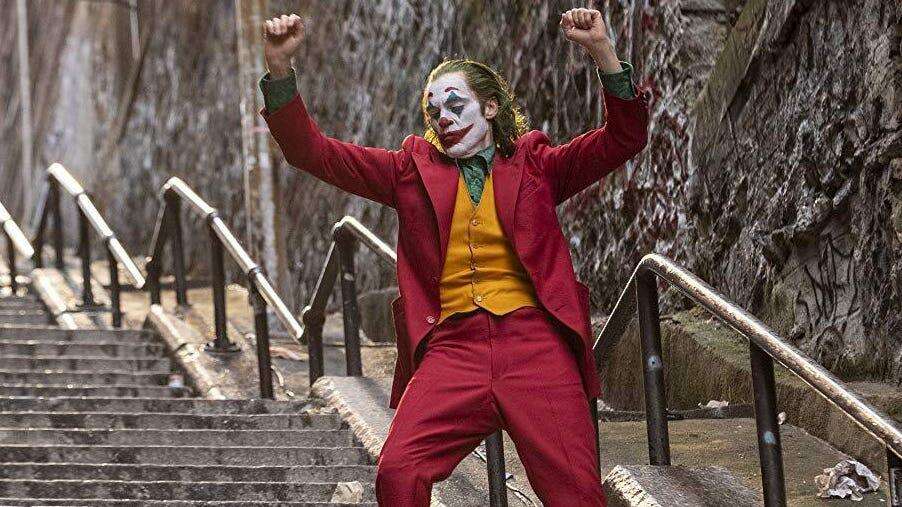 Joker by director Todd Phillips tells the story of the iconic archnemesis and is an original standalone film that has never received its own film on the big screen before.

Phillip's raw character study about Arthur Fleck, a role realized by Joaquin Phoenix, is about a man who struggles to find his path in a disrupted Gotham. During the day he is a clown for hire; at night he makes his attempts at becoming a stand-up comedian, but he quickly discovers that he's always the butt of his own jokes. Trapped in a vicious circle full of apathy and cruelty, he makes one wrong decision that causes a chainreaction of escalating events.

Over time these issues bear down on him, shaping his actions, making him ultimately take on the persona he is better known as... Joker.