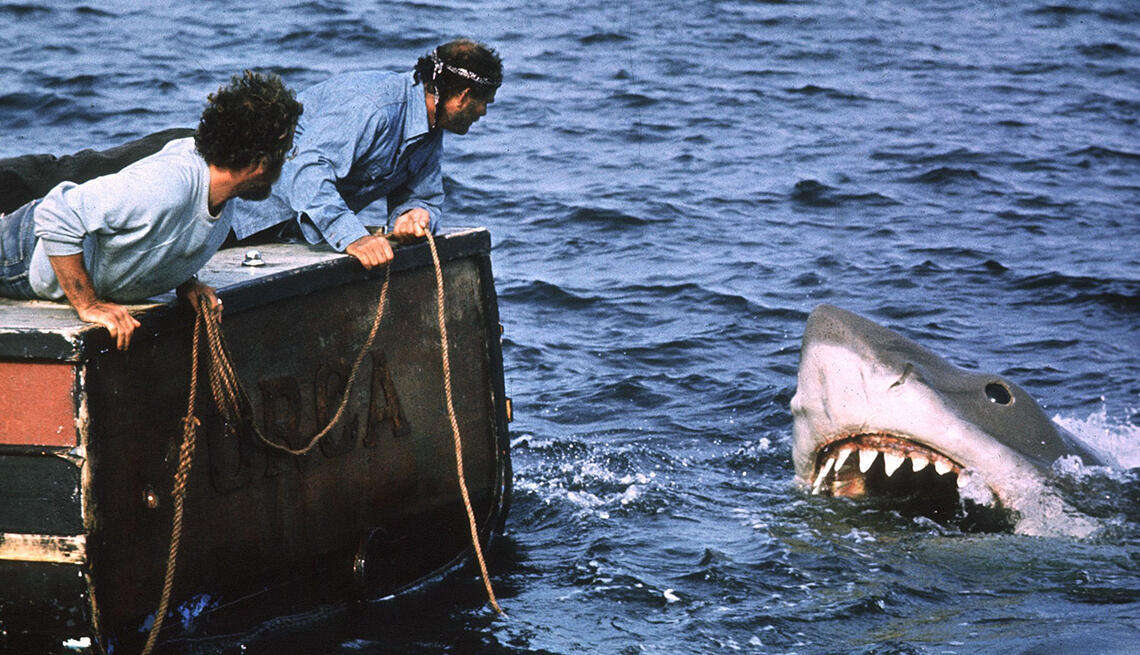 Under the director of Oscar winner Steven Spielberg, Jaws did not only set the tone for nailbiting suspense, but also grew into a true cultural phenomenon.

When the peaceful seaside resort Amity is terrorized by a bloodthirsty white shark, police chief Martin Brody (Roy Scheider), a marine biologist (Richard Dreyfuss) and a professional shark hunter (Robert Shaw), start hunting it in an effort to kill it before it can strike again.

With its unforgettable soundtrack, which instigates pure fear, Jaws continues to be one of the most influential and spine-chilling adventures in movie history. The way people experience film would change forever because of this cultural phenomenon.