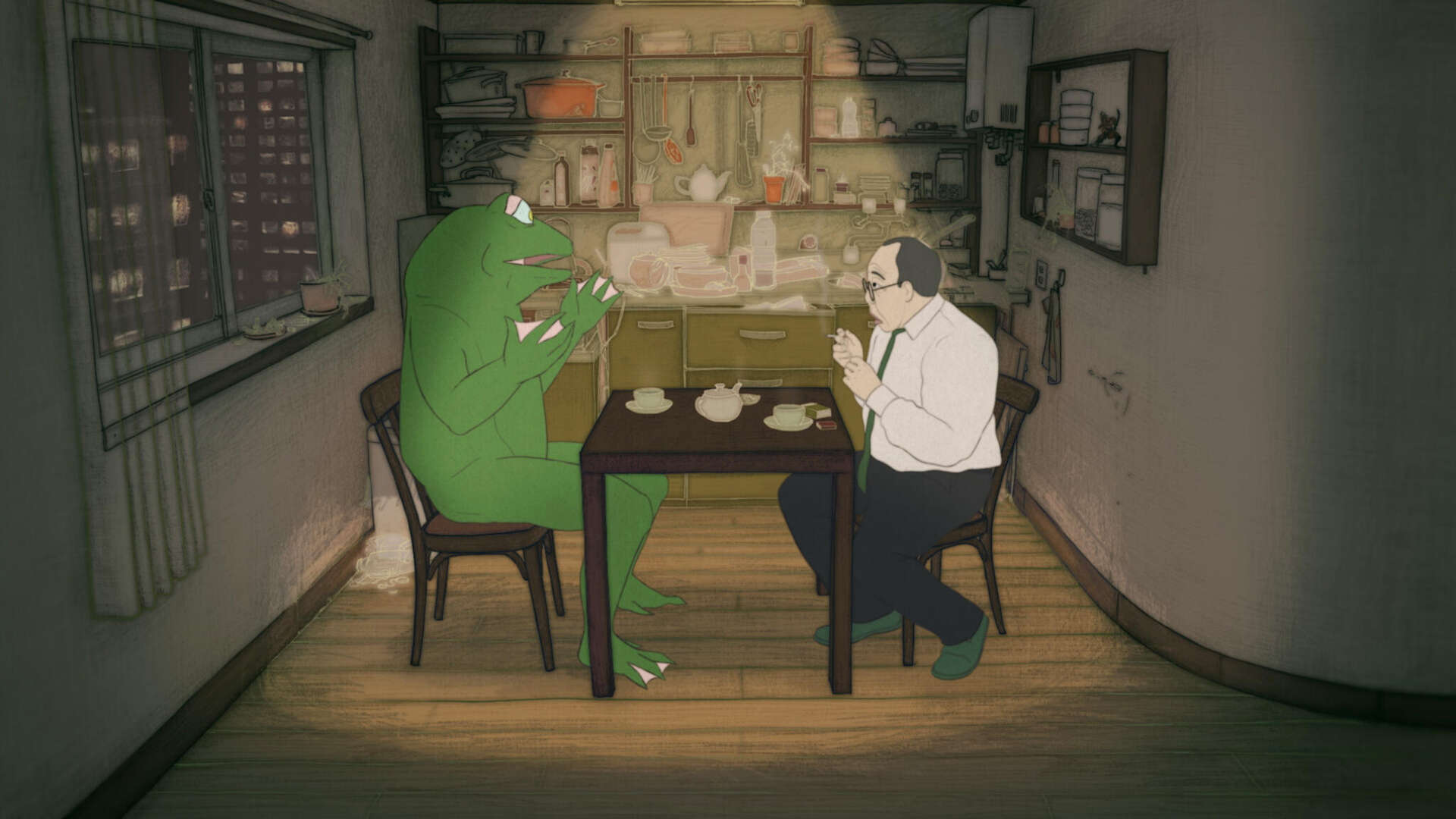 Failing marriages and dead-end jobs may be the stuff of kitchen sink realism, but they become occasions for life-altering encounters with dreams, fantasies and fevered visions in Pierre Földes’ beguiling animated feature based on short stories by Haruki Murakami.

Dazed by televised reports of the disaster, Kyoko leaves her husband Komura to pursue a strange event that took place on her twentieth birthday. To make sense of her sudden disappearance, a stunned Komura drifts across the country from one acquaintance to another. Meanwhile, his elderly colleague, the timid Katagiri, is visited by a six-foot frog that seeks his help to combat an underground monster and prevent an impending catastrophe.

This enchanted, captivating tale of trauma-induced self-examination unfolds through enigmatic digressions and nested stories. Like the best storytellers, Földes refuses to tie these detours into a glib lesson, letting unexplained mystery infuse and mutate in our minds. The feature is an ode to the transformative power of imagination that respects and relies on the audience’s interpretation.